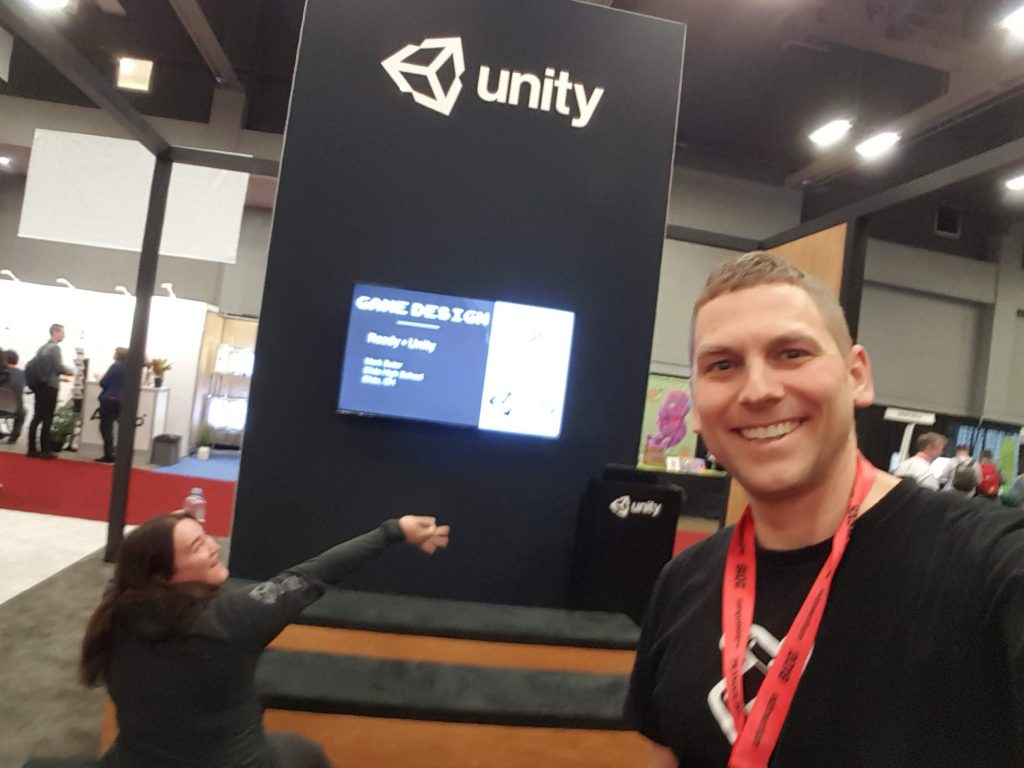 Teaching Game Design starts analog (See slide 6 below). Here, two students took the instructions of modifying or merging games to create an entirely new game that still has the spirit of the original in it. In this game, “RPS Checkers” Rock Paper Scissors was combined with Checkers. The rules are:

This RPS checkers set of rules completely changes the game, it is balanced, involves some sense of strategy (when to use defends) in addition to traditional checkers. It took these students over a month of failures and iterations of other modifications of Paper-Rock-Scissors to arrive at this functioning RPS Checkers. Game design iteration!

If you are not ready to jump right into coding in C#, but want to give Unity a try, using their Playground Project (See the Unity blog post) is a great way to get started, no coding required.

Instead, users will be attaching pre-made scripts onto objects to create game logic.